Eddy Current Tube Testing (ECT) is widely used for testing on Non-Ferromagnetic tubes commonly in condensers, coolers and other heat exchangers. Power generation industries heavily rely on ECT to evaluate thousands of tubes in their condensers which can be inspected in a matter of few days only.

ECT uses alternating currents to drive the circumferentially wounded coils to produce eddy currents in the tubes. Changes of the eddy current flow will create a change of impedance in the coil thus will be detected by the ECT system. 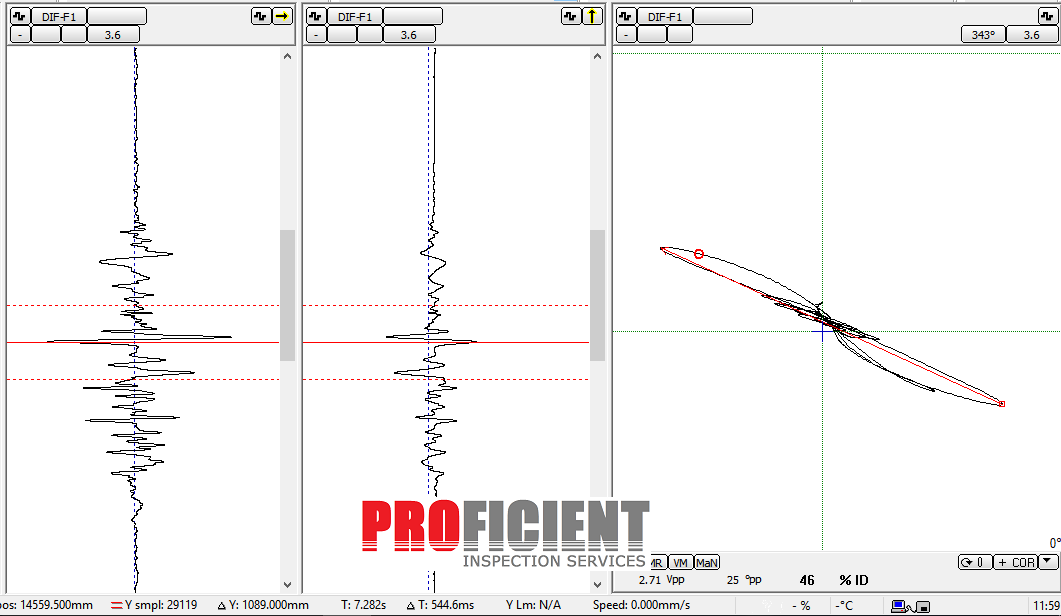 ECT is calibrated with an ASME calibration tube which has the same material grade and dimension of the tube to be inspected prior to inspection. ECT is highly sensitive to both internal and external defects such as pitting, holes, longitudanal cracks, stress corrosion cracking, fretting, and erosion. Contact us for more detailed explanation!